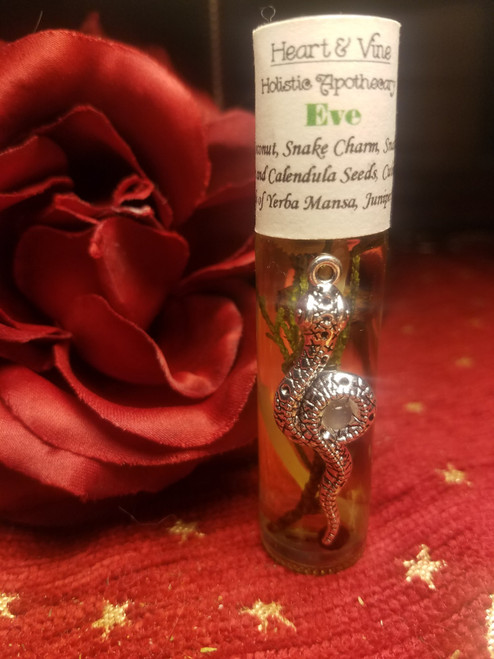 In the Garden of Eden, Yah created Adam and Lilith. Lilith would not lie underneath Adam, nor would she be subservient to him. Yah took matters into his own hands and MADE Lilith obey by placing her under a sort of spell and giving her a more subservient personality, which He renamed EVE. Eve went about her life in the Garden, fulfilling the role Yah wanted her to. Then, one day, Lucifer in the guise of the Serpent slithered down a tree and called to her, saying that Yah had changed her and that Even no longer knew what her truth was. Eve didn't believe at first, so Lucifer told her to eat the fruit of the fruit of the mandrake. She did and had powerful visions which broke the spell of Yah and revealed her true name, LILITH. If you are searching for your truth and working toward sovereignty, if you use mind altering substances as part of your craft, or if you are trying to break the spell that systems of belief have put on you, Eve is a powerful ally.